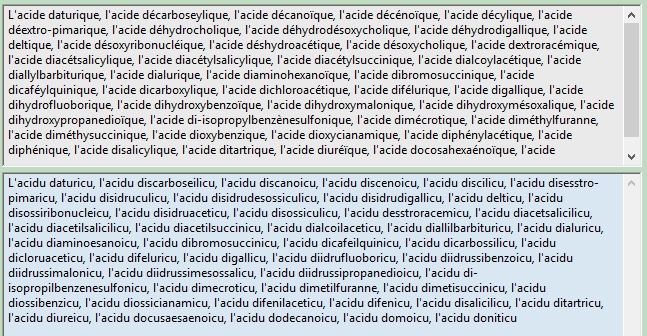 Translating this series of acid names is not as easy as it could seem at first glance. In effect, each acid name is composed of three consecutive ambiguous names:

This entry was posted in blog and tagged acid names, Corsican language, disambiguation. Bookmark the permalink.